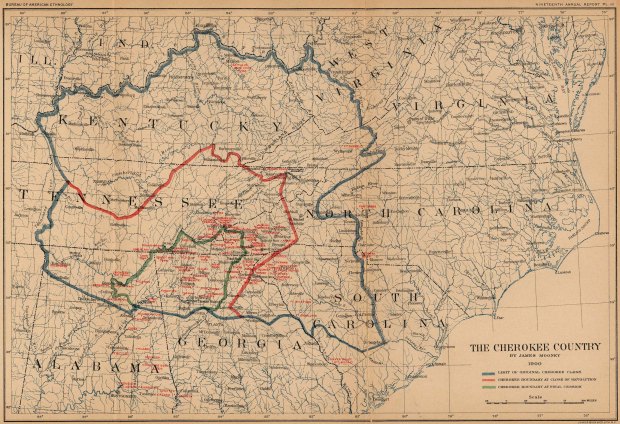 A map of Cherokee country from History Imagined

Good morning, everybody! Today on DSH, we are thrilled to be hosting this month’s History Carnival, a moving showcase of some of the best new history posts from the previous month. We have a lot of great stuff for you from the ancient world to modern Britain, so grab a cup of coffee, sit back, and travel around the world with us in fifteen fascinating history posts.

On History in the Margins, Pamela Toler has a timely post about defensive walls in history, in particular, The Great Wall of China. While The Great Wall we know today was mostly constructed by the Ming dynasty in the Middle Ages, the walls’ first defenses were actually erected some fifteen hundred years earlier to keep out “barbarians” from the steppes.

On Military History and Warfare, Alexander Clark has an excellent review of Peter Frankopan’s The First Crusade: The Call from the East. While there are many history books about the Crusades, Frankopan adds to the discussion by considering the Byzantine perspective through analysis of Anna Komnene’s The Alexiad, a history of Alexios’ reign through the eyes of his daughter. The review is an informative history post in itself, and I will be adding both Frankopan’s book and Military History and Warfare to my reading list.

Theresa Phipps has a fantastic post on law as it was applied to violent women in medieval England on The Dangerous Women Project. While it is still surprisingly difficult to find solid resources on the legal status of women in the Middle Ages, Phipps uses primary legal documents and court records to examine specific cases of women misbehaving and explains why women were viewed as particularly dangerous. “Law, Violence, and ‘Dangerous Women.’”

In “The Otherness of Now: Contemporary History via Berger & Sontag,” George Campbell Gosling continues the discussion of storytelling and the particular challenges of writing modern and contemporary history started by John Berger and Susan Sontag on Channel 4 in 1983. Where do we as historians start, if we don’t know how the story ends? How do we analyze events that are still taking place? https://gcgosling.wordpress.com/2017/01/30/berger-sontag/

Ever wonder where the SS went for their vacations? No, me either. However, the story of the Wannsee villa is not just a bizarre look at a former Nazi holiday resort. The history of the villa is also intertwined with the fortunes of the Nazi party, from failed Putsch, to Final Solution, to Holocaust museum and archive. Sometimes walls can talk… The Wannsee Conference on Art and Architecture, Mainly

Brand new art blog Vermillion Goldfish made a splash (sorry) this month with its first post, an in-depth look at In Quest of Beauty, the latest exhibition of Alphonse Mucha’s work that explores the theory of beauty that inspired the artist’s iconic portraits that still grace stationary and paper the walls of dorm rooms the world over. So much more than a teaser, this post offers valuable insight into Mucha’s work and explains his personal perception of beauty. We may associate his models with theatrical costumes and gravity-defying hair, but for Mucha, beauty was all about idealized femininity and serenity of expression.

J.K. Knauss stopped by Unusual Historicals with the story of Maria de Padilla, the mistress of King Pedro of Castile. While Pedro was obliged to marry for political advantage, Maria was the love of his life. Often overlooked by historians due to her (ahem) position as mistress, Maria gave Pedro four children during his two failed marriages and spent her time founding convents and monasteries before she died of plague at the ripe old age of twenty-seven.

Catherine Kullman looks at the extraordinary notebook of British naval Commander Charles Haultain R.N. on My Scrap Album. Over a twelve year period, Haultain filled the book with newspaper clippings, pop up pictures, poetry, and personal stories of his adventures in the Mediterranean from ages twenty-four to thirty-six, such as the time he thought he found the grave of Hannibal in Malta…

Psyche at Venus’ feet from “Love is a Monster”

Zenobia Neil guests on Writing the Past with “Love is a Monster,” a delightful post about love in the ancient world. Love in Rome was anything but romantic, where marriages were made and ended for the sake of political alliance and love was a debilitating madness. She uses the story of Cupid and Psyche from Apuleius’ The Golden Ass to argue that the dual love/fury aspects of Venus were effectively the same thing to a society that did not view love as a benevolent force, but rightly feared its potentially devastating power.

On History Imagined, Caroline Warfield traces the Jacobite succession following Bonnie Prince Charlie to the House of Savoy in Sardinia. On the same blog, Linda Bennett Pennell writes about the daily lives of the Cherokee during the colonization of the United States in “When Being Civilized Was Not Enough.” History Imagined has years’ worth of fascinating social history archives and it’s well worth having a browse.

If you’re out and about in upstate New York, you might consider stopping by Johnson Hall State Historic Site in Johnstown. Chris Clemens has an interesting post on Exploring Upstate about Sir William Johnson’s life from his position as British Superintendent of Indian Affairs and his relations with the Mohawk tribe (he learned their language and married a Mohawk woman) to his being awarded a baronetcy and constructing Johnson Hall. Lots of great photos of a lovingly preserved Colonial mansion.

Michelle Cox is writing the history of Chicago, one person at a time. Her latest post, “I Wanted to Be With People,” tells the life story of Erna (Hager) Lindner, an Austrian woman who immigrated to Chicago in 1925 at the age of nineteen. Erna moved to America on her own in pursuit of a boy from her church she had fallen in love with; three months after arriving in Chicago, she found him and married him. Michelle Cox’s blog is packed with compelling stories of the everyday people that make up Chicago’s colorful past and is a goldmine for anyone interested in early twentieth century social history, and may also be useful for those tracing their family history through Chicago. 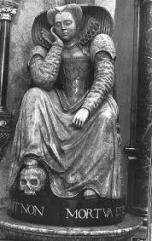 Anna Castle takes a look at the postures of monarchs throughout history from an ergonomic perspective in “How to Sit on a Throne.” See right, Elizabeth Russell looks a bit too comfortable with that footstool she has found…

4 thoughts on “History Carnival 163: Around the World in Fifteen Blog Posts”