New episode! This week, Jess talks about how Christopher Columbus brought syphilis to Europe, leading to the invention of the modern condom by a priest in the 16th century.
Tomorrow’s episode is in production, but in the meantime, how about some silliness? Which Bela Lugosi are you today?
New episode! This week, we’re looking at the problematic history of BMI, laxatives in Egypt and Ancient Rome, and the deadly diet pills of the 1930s, DNP and Pervitin (better known as meth), which was sold in chocolates as a diet supplement and went on the fuel the Third Reich.
Good morning! This is ‘Aunt Mary and her “friend” Ruth’ (1910) via @wikivictorian. This account has some great old photos, so be sure to check them out!
Episode 2 is up! This week we’re talking about Theresa Berkley, a dominatrix of #georgianlondon who opened a multistory BDSM palace and became a self-made millionaire. [Content Warnings: language and descriptions of sex] Listen and subscribe wherever you find podcasts!
Isn’t this the best photo? This is four children practicing fencing in 1930s Harlem. The photo was taken by Aaron Siskind. This immediately made me think of Joseph Bologne, the Chevalier de Saint-Georges (1745-1799). Not only was he an abolitionist, composer, and Marie Antoinette’s personal music teacher, but he was a champion fencer by the time he was only twenty.

After the Black Death killed an estimated sixty percent of the European population in the fourteenth century, Death himself haunted art across the continent. Always a popular theme in the middle ages, it nevertheless adapted from primarily religious art into paintings of plague and the always unsettling Danse Macabre, depictions of the dead dancing, often with the living. By the early sixteenth century, however, the Danse Macabre theme had progressed into something far creepier. 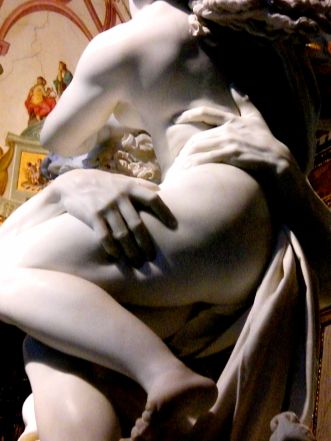 The theme of Death and the Maiden was nothing new. The Greeks and Romans had their own version in the story of Persephone, kidnapped by and eventually married to Hades, the god of the underworld. While Hades has been presented at turns as a handsome goth, an old man with a beard, or bafflingly, a purple cartoon character, he is often used to represent death, a man being ever so slightly more appealing than the skeletons in Deutsch’s work.

It’s interesting to note that although there are many artistic renderings on the theme of the Rape of Persephone, it isn’t clear in Ovid’s Metamorphoses whether this rape was literal or just referring to her abduction. Nevertheless, Persephone married Hades and ruled over the Underworld by his side, and many traditions depict them as happily married and, atypically for the gods of Olympus, monogamous.

So why did Death fancy young women rather than knights or minstrels? There are a couple of different theories. Death may serve as a reminder not only of mortality, but of the inevitable passage of time. As we see skeletons embracing young women, we understand that youth and beauty cannot last forever. Alternatively, the sexualization of Death can be read as a warning, given how many women died in childbirth during the middle ages. (Art or the most intense abstinence-only program ever? You decide.)

It could also be the artists wanted to paint pretty girls in various states of undress. You know, because art.

As for the maidens in these paintings, they really vary. While some of them submit to Death’s grasp with all the enthusiasm of an awkward hug from a bad blind date, many of them embrace him with passion. Is it fate, a metaphor, or a macabre exaggeration of the kind of man a young woman ought to avoid?