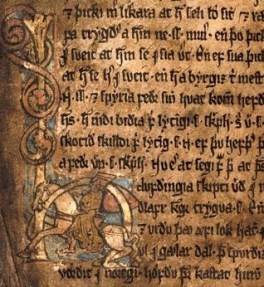 Sex and romance have spiced up history.

There’s the tragic tale of Marc Antony and Cleopatra and the Middle Ages pairing of intellectual souls, Heloise and Peter Abelard. There’s the stormy romance of Napoleon and Josephine, and the saga of true love and frustrated sex with Hrutr and Unnr…

I had to drop in Hrutr and Unnr. They’re not exactly household names, but yes, sex played a role in their saga along with many others because Norse women embraced their pleasure just as much as the men.

That’s when I remind you men committed the sagas to paper. Sure, there’s a smidge of romance in the sagas. But, it’d be more accurate to say there was sex. Lots of it.

Even with male writers recording their history, Norse women defied diminishment. Their passion reached across the ages with thought-provoking differences:

Norse women were way ahead of Pinterest pics appreciating the male form. The Iceland sagas spread the visual wealth in words. It is often recorded how women took delight in viewing a handsome male body, and they weren’t afraid to say so.

Hair and Clothes: Poignant moments show up in the sagas. A popular love maneuver for Viking men was to lay their heads in a woman’s lap. Making your head vulnerable to someone is a sure sign of trust, but this was part of Viking love moves. 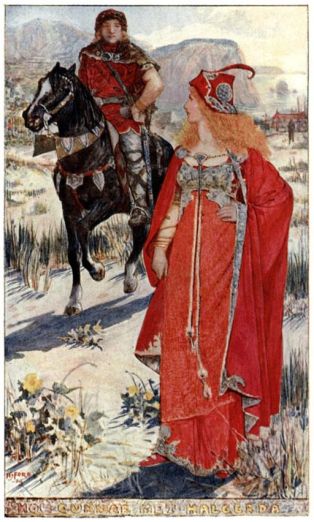 The sagas tell of women washing their man’s hair…all in the name of love, courtship, and sex.

Another way women showed affection? Sewing shirts for their man. Of course, the task often turned to comical drudgery after the wedding. Leave it to men to write that into the sagas.

Enjoyable Sex: Admonishments of duty like “…lay back and think of England…” won’t be found in the sagas. Women liked sex. In fact, their extra-curricular activities caused as much trouble as the men’s.

The sagas are full of sex euphemisms:

*to amuse oneself (at skemmta ser)

*crowding together in bed (hviluprong)

Norse women enjoyed their sexuality, reveling in an earthiness seldom seen in history.

I’ll close with a quick retelling of one Norse drama…

…a tale of two women and a man:

In Iceland, handsome Hrutr and headstrong Unnr fell in love. Business demanded that Hrutr sail to Norway. While there, he encountered the ageing, lusty Queen Gunnhildr. She provided beautiful clothes for Hrutr — probably didn’t sew them herself. Hrutr accepted these gifts and the queen informed him: “You shall lie with me in the upper chamber tonight; we two alone.” They went upstairs and the queen locked the door from the inside. (Nj 12.3:11-15)

They carried on for a year but Hrutr grew homesick. The queen asked him if there’s a woman waiting for him in Iceland. “No,” he lied. But, she didn’t believe him. As he was leaving, she placed a bracelet on him laden with a curse: he’ll be able to satisfy other women, but not his intended in Iceland.

Back in Iceland, Hrutr and Unnr got married, and the curse proved true. They experienced sexual frustration. They couldn’t “travel together” (samfor — another euphemism). After several years, Unnr told her father she wanted to divorce Hrutr because she cannot “enjoy him” (njota hans). They divorced and sadly went their separate ways, but not without additional drama.

It wouldn’t be a “saga” without it. 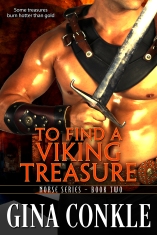 Gina Conkle writes Viking and Georgian romance. She loves history, books and romance…the perfect recipe for historical romance writer. Her passion for castles and old places –the older and moldier the better– means fun family vacations. Good thing her husband and two sons share similar curiosities. When not visiting fascinating points of interest she can be found delving into the latest adventures in cooking and gardening.

You can read a translation of Njal’s Saga online here.

3 thoughts on “Sex, Romance, and the Viking Woman”